Skip to content
Posted inblog
Posted by By Gopi Mattel April 2, 2021No Comments 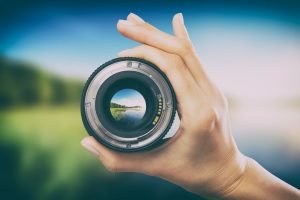 This question should not need to be asked. World faces numerous natural disasters and calamities every year. We have always been distant and assumed that disasters are one of events which do not happen regularly but if you watch news, you have noticed that tsunamis, thunderstorms, wildfires and pandemic are becoming part of our life and probability of recurrence is very high. Just the fact that lives are lost due to disasters, makes it a moral imperative to act. The question to always ask is ‘If my child, sibling, parent could get killed in that disaster, would I do anything?

That is not all of course. Many survivors are maimed for life. Orphans may end up desolate without their parents. People that come out of school or college during a disaster may see the impact of that disaster in their entire career. Jobs are lost, as we see right now, and families slide down the slope to poverty. Many are directly thrown into poverty and lead miserable lives.

Sometimes, disasters create unrest and political upheaval. In some countries violent warlords take control and fight for power and kill more. In other countries power-hungry political groups, religious groups or military use the disaster to take over power that does not have people’s representation at its base.

We need to ask why venture capital is not acting right now? Today when disaster happens, the primary organization providing support and mitigation tends to be government departments.

Non-profit charities also play a very significant role. To a small extent private companies also play a part, particularly in producing and routing supplies. Most of this activity is reactive after the fact.

But among private industry, one area is not known to be focused on disaster mitigation. That is venture capital. There have been many companies created by venture capital that have made the world more resilient to disasters. Companies like Airbnb and Uber have created income options for the poor and working poor by monetizing their assets like cars and houses.

But we have not had venture funds with clear investment thesis focused on disaster mitigation. One exception has been Kleiner Perkins Caufield & Byers ( KPCB). 14 years ago, they focused on the potential disaster of pandemics and created a set of startups that are now doing really well in the COVID-10 arena. That took a lot of foresight.

As we see in the world today. It is critical to have venture funds focused on disasters and disaster mitigation.

A challenge to work-from-home productivity